Shelley Grimes has taught physical education for 18 years, with 12 of those years at Harrand Creek Elementary School.

Grimes knew from being an athlete in high school and college that she wanted to share what she learned from her mentors and playing sports to the next generation of students.

She said she loves teaching physical education at the elementary level, where "most students still want to participate in physical education, giving (me) the opportunity to lay the foundation for skill development needed to be lifelong movers." 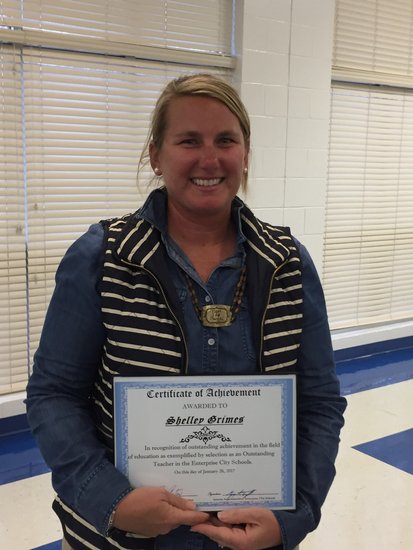 She knows that not every student is an athlete or wants to be one.

"Student choice is the key to making physical education exciting and beneficial to each student," Grimes said. "That look of sheer excitement that a student shows when he or she makes that catch, reaches the last monkey bar, or finishes that final mile, is what keeps getting (me) up early each day so (I) can greet each child with a smile."

Grimes was instrumental in creating the 100 Mile Club at HCES. Four years ago, she received an ASAP Acceleration Grant as part of former-First Lady Michelle Obama's Let's Move! Active Schools initiative, which encouraged promoting students to be active for 60 minutes a day through various programs.

The 100 Mile Club's mission is to "engage and empower kids and families through physical activity nationwide; preventing childhood inactivity and obesity, one child, one school, and one community at a time."

"I started a before-school running/walking club where students come to school early three mornings a week to walk, jog or run in an effort to achieve 100 miles before the end of the school year," Grimes said. "We also have a family Fun Run one Saturday each month where students, siblings, parents and friends can run or walk as many laps as they can in one hour."
During the first year of the club, an average of 85 students participated, with 54 students reaching the 100 mile goal, according to Grimes. Over the next three years, student participation has grown, with the highest number of participants reaching 275 this school year.

"Thankfully, we have become tech savvy at running club," Grimes said. "The first three years, parent volunteers passed out popsicle sticks to track laps, and then my paraprofessional and I hand marked each lap on every student’s card, three, sometimes four times a week.

"We now use a tracking program where each student has a unique barcode and scans their card on one of six iPads to count each lap. The program offers immediate feedback to the students where they can see how many laps they have completed that day and their cumulative miles for the year. They receive 'toe tokens' rewards for every five miles they complete. Even the first graders now know how many more laps they need to reach their next goal."

Grimes said the 100 Mile Club has been beneficial to the students, who learn how to set and work toward achieving goals.

"We have seen a steady rise in our cardiovascular endurance fitness test scores," Grimes said. "Parents have reported improvements in their child’s athletic performance outside of school.
"Studies show that active kids perform better academically, have better attendance and behavior improves. Students are awake and ready to learn as they enter their classrooms on those mornings."

Grimes said that she wants to encourage more area schools to create similar programs for their students.

When she is not working with the 100 Mile Club, Grimes tries to teach those students in her P.E. classes about teamwork and problem solving.

"Being a physical educator provides me the opportunity to teach my students not just about movement, but also problem solving, teamwork, goal setting, and skills needed to become healthy and productive adults," Grimes said.

She said she provides a safe and comfortable learning environment, which allows students to enjoy being physically active.

"I strive to introduce students to a variety of activities that they can play with friends, family, teams or even something they can enjoy doing on their own," she said.
As a teacher, Grimes said she encourages her students to try everything.

"Saying 'I can’t do that' without even trying is going to result in them never being able to do a particular skill or activity," Grimes said. "I remind them that the thing they think they can’t do, is what they may end up being the best at."

About Author
Kara Lubin
Founder and CEO of 100 Mile Club®. 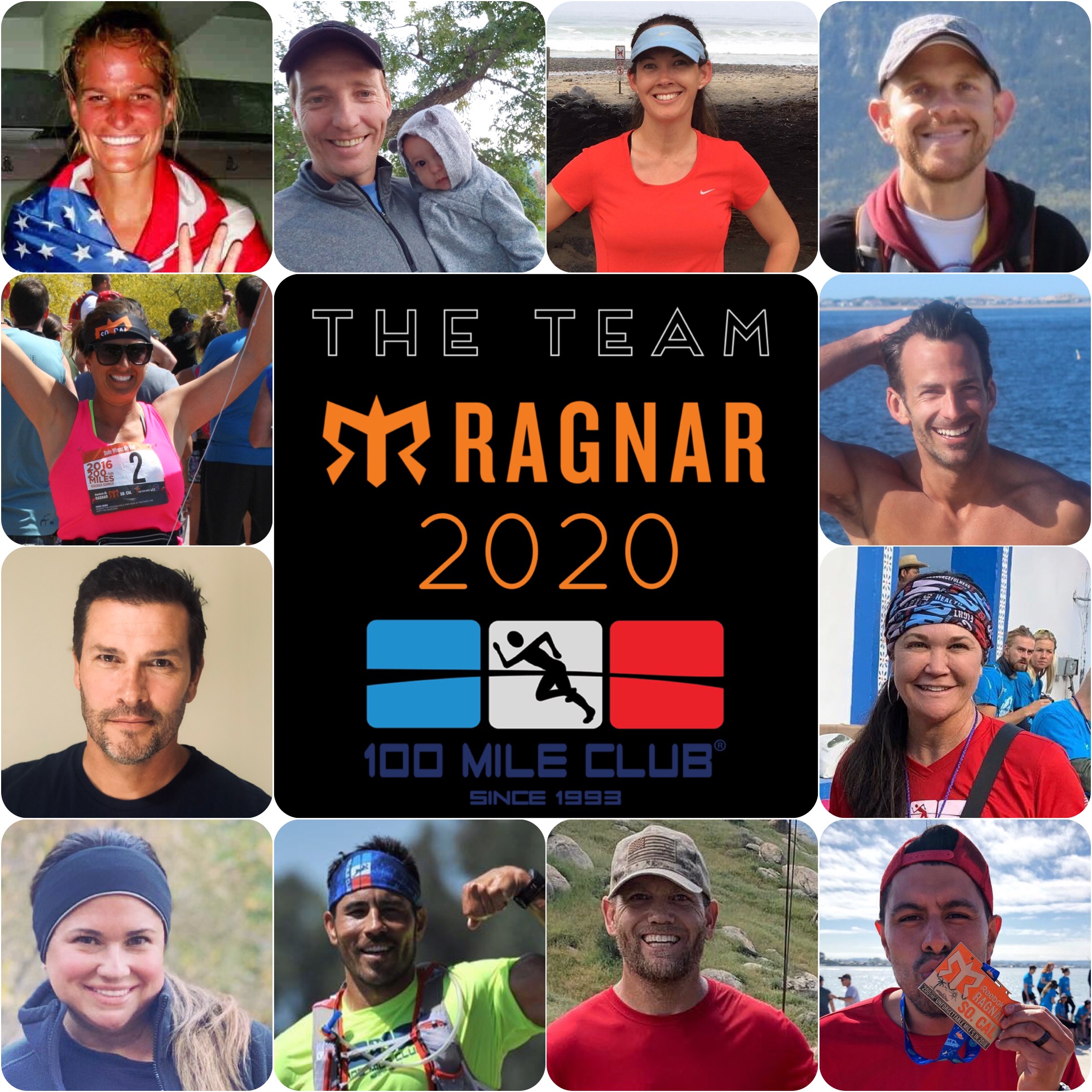 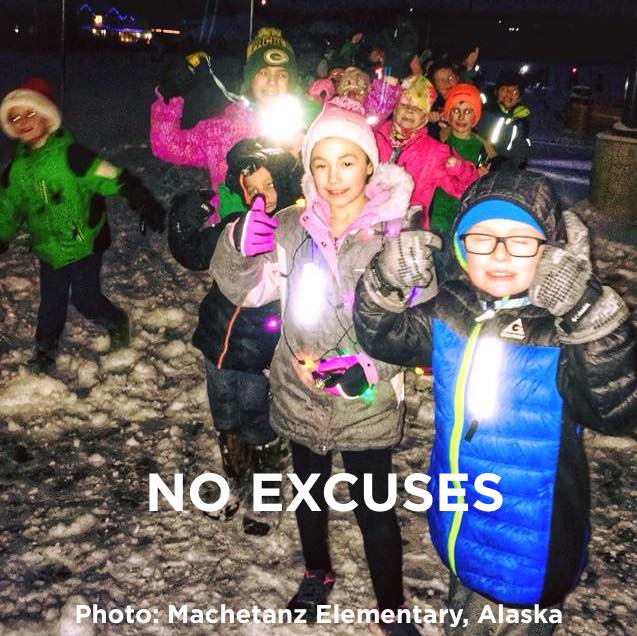 Winter is HERE! What to do? Run MILES WITH INTENTION. 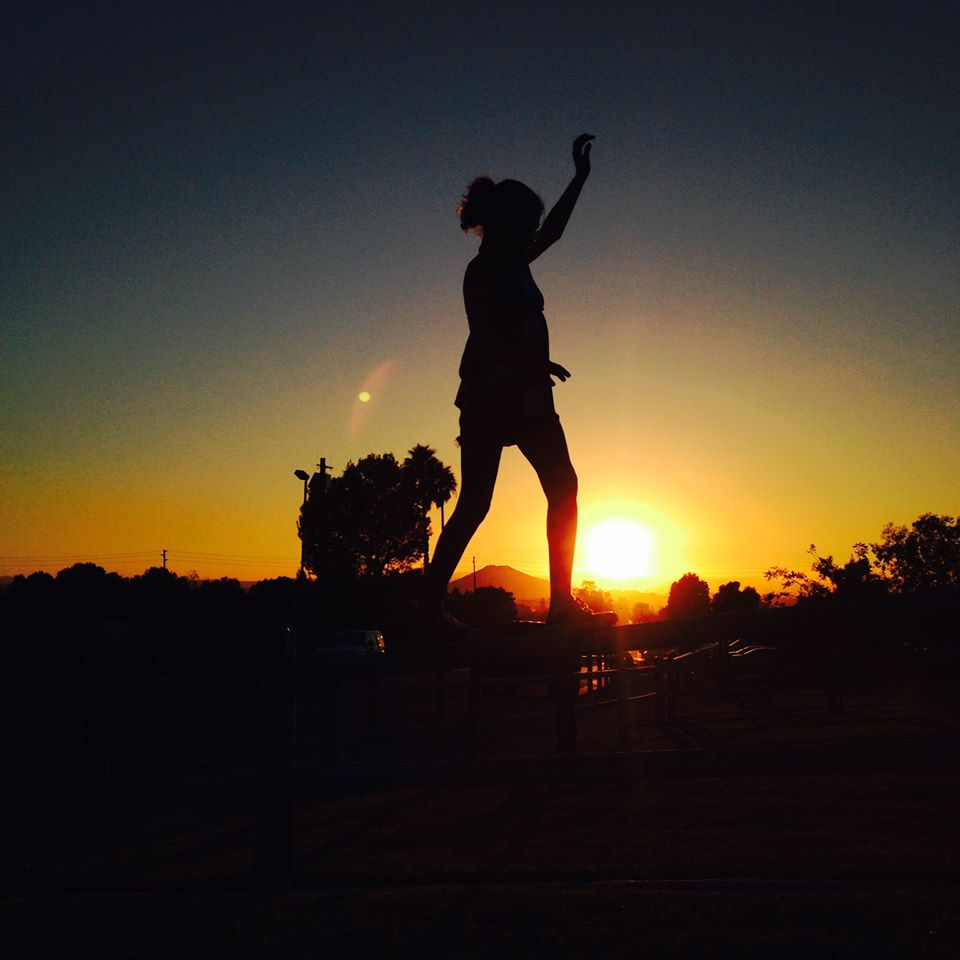